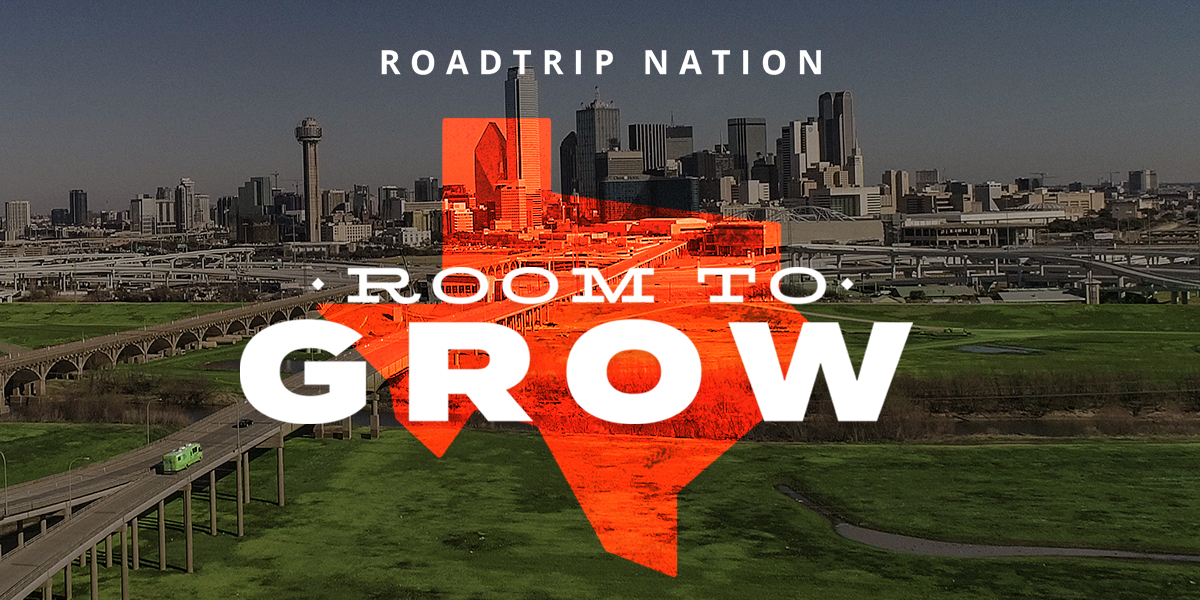 In fall 2017, Roadtrip Nation sent four teams of high school students from Texas on road trip adventures through their local region. Fueled by Texas OnCourse, these experiences enabled students to see the various educational and occupational opportunities arising on their very own stomping grounds. Students explored everywhere from El Paso to the Gulf Coast as they hit the road to interview career crushes and college role models.

Now, we’re excited to announce the premiere of Room to Grow, the Texas road trip documentary. With four half-hour episodes, Room to Grow will air on public television throughout Texas, as well as in Southern California and Virginia.

Catch the documentary in your region, or check it out on the Room to Grow website, where it will premiere on September 13! The schedule of broadcasts is below. Airtimes will continue to be confirmed, so check back for updates!

Room to Grow website: The four episodes will be available weekly starting Thursday, 9/13.

Dallas: KERA will air the first three episodes weekly on Fridays at 7:30 p.m. beginning 9/14. They will rebroadcast Mondays at 11:30 p.m. and will schedule the final episode at a later date.

Houston: KUHT will air the four episodes weekly on Saturdays at 2 p.m. beginning 10/27.

Roanoke, Norton, and Lynchburg, VA: WMSY, WBRA, and WSBN will air the four episodes weekly on Wednesdays at 2:30 p.m. beginning 9/5.